Audio-Technica VM540ML/H: A Turntable Cartridge That’s Worth Its Price (Trust Me) 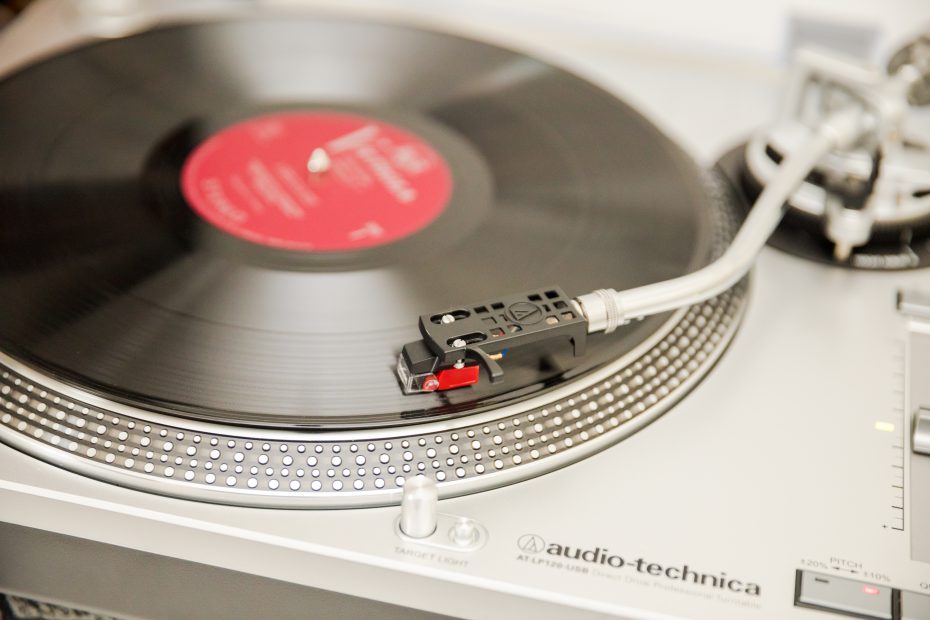 A vinyl cartridge is the “head piece” of the arm on a turntable (record player). For example, I removed the old cartridge head on my Audio-Technica AT LP-120 USB by twisting it, if I remember correctly, then twisting on this VM540ML/H in its place. The difference was astonishing.

“It is very hard to find any negative reviews or opinions at all when researching the VM540ML and its predecessors. It might be just perfect…”

Let’s say you talk yourself into buying this beautiful catridge head from Audio-Technica. You also just want to support my blog of underground metal & obscure music. So you buy a VM540ML (say that five times fast) and twist it into place, demoting the cheap “stock” cartridge head to the “eBay pile.”

Under normal circumstances, I wouldn’t dream of spending hundreds of dollars on a cartridge head for my turntable. In fact, I didn’t know what a “cartridge” was.

To quickly humble-brag, I used to be a minimalist without even a record collection. I nearly prevented myself from going back down the vinyl rabbit-hole. Nearly. Maybe it was the one Wintersun record a friend had kept for safekeeping, the sacred blue vinyl copy of “Time II”. It’s currently worth hundreds of dollars, and I’ve even seen it on eBay for $999. This feeling of winning the Vinyl Lottery flung me henceforth into vinyl collecting again, a source of passion like baseball cards, that “long game gamble” of collecting cards and watching history unfold. I have a few baseball cards that are maybe worth a few hundred dollars, but vinyl is so incredibly enjoyable to experience, that I’m glad my O.C.D. has shifted over to pristinely-recorded music.

After all, I do have dreams of launching a proper record label, not alone, but once the team is properly assembled.

Let’s back up a little bit. In 2019, I had just recovered from being robbed, pulled my software career back on track, and began to rebuild my music collection. As I talked myself into “dabbling in vinyl” again (ha!), I started to realized my turntable’s cartridge was the reason vinyl records were sounding so lame compared to my expectations. I knew deep down that vinyl is almost impossible to beat in terms of sound quality against most digital alternatives. Even so, I don’t know if any amount of digital resolution can compete with the physical (analog) aspect of vinyl records. Pops and cracks, skips and jumps, there are tradeoffs. It’s really rewarding to have both vinyl and lossless audio. The latter allows for shuffling across vastly different styles of music, and over vast lengths of time.

That’s one of my favorite things to do whenever possible — shuffle a giant collection of random music chosen for my “FLAC Library” (collection of albums in CD quality or better). The collection is now two or three thousand albums, and I’m irrationally proud of it.

Let’s talk about vinyl for a second. I can only compare similarly-priced digital equipment to its turntable counterparts, and for overall “physical experience of the album”, vinyl always wins. With a good vinyl master, the stereo separation feels three-dimensional. Across the spectrum, the frequencies shine through in both channels. Stereo separation and crystal-clear upper mids are the defining factors, to me, in Audio-Technica’s masterpiece of a cartridge.

Alas, I wish things were different. Vinyl is dirty, it’s plastic and lacquer and shipping and undoubtedly creates untold deadly pollution over the decades. We screwed up, I admit it.

Environmentalist hypocrisy aside, I recently read a comment from someone saying, “Yeah, I buy a lot of vinyl, but it does sound like shit…” This is the sign of someone with a crappy system, assuming everything sounds mediocre based on very limited knowledge. I might have made that mistake myself, if I’d continue using the stock cartridge on my old AT-LP120 USB. Let me tell you right now, vinyl does not sound like shit.

Vinyl should better than any digital system you can find, or possibly equivalent, give or take a few pops and clicks. A pristine clean vinyl record and a masterfully-engineered turntable cartridge like this can transport you into music in ways you may not have known possible.

I did some reading, and found out my Audio-Technica AT-LP120 USB was an older model with an inferior cartridge head than newer models. I nearly bought the more affordable next-model-up, but had this nagging feeling that I’d be missing out on something. So I read reviews and recommendations for other cartridge heads. Over and over, the Audio-Technica VM540ML/H was praised and revered by vinyl-snobs and newbies alike. I found an open box model, heavily discounted. It was time.

With a quick twist and a click, my new cartridge head was installed. What happened next was unreal. I could finally hear everything.

This newfound clarity was a blessing and a curse. I became so enamored with the crisp, clear separation, and tight low-end of most records, that I fell into vinyl’s lusty spell once again. I’ve since bought upwards of 200 records. Such is life.

To summarize, this cartridge is well worth tracking down, especially if you can find a refurbished/open box model like I did. It’s an upgrade of epic proportions, and I mean it.

This site uses Akismet to reduce spam. Learn how your comment data is processed.