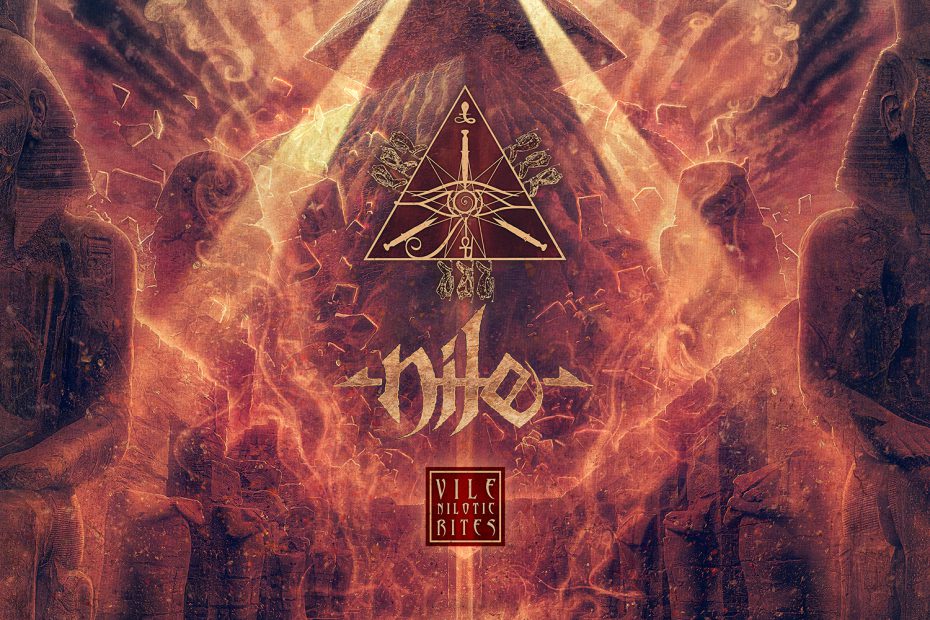 Yeah, I see those oldschool Nile elitists (Nile-ists?) saying this album is as if “[favorite album here] had a hangover.” I beg to differ.

Vile Nilotic Rites, which I now remember how to spell because “Nilotic” starts out with most of the band’s name, stands well on its own, and even improves on some of Nile’s usual ingredients. They’ve stripped things down and made the songs a little simpler, more focused, with the best production I’ve heard from Karl & Co.

I was fortunate enough to see Nile on tour for this album in Portland, some time in 2019, even before I’d accustomed myself to the intricacies of each song. It was among my favorite metal shows, out of what must be 150-200 shows by now.

All I knew was that the entire concert was mindblowing, with a genuine and rare “fun” vibe beaming from Karl & the band, a rare sight of a death metal band having authentic fun fairly late into a tour.

Instead of rambling too long, I’ll let you listen to the album, which is fairly locked-down as far as online music goes. It’s not on Bandcamp, and the full album doesn’t seem to be allowed on YouTube. I guess we can’t blame Nuclear Blast for trying to maximize profits from physical albums, but this isn’t 2002 anymore. We can hope that the album is under a short contract that will expire in the near future and allow this masterpiece the extended distribution it deserves.

In the mean time, buy Vile Nilotic Rites on CD or vinyl, and you’ll hear a top-tier death metal album that goes down as one of the best of 2019.

An instant favorite in my vinyl collection. This album is not to be missed!

This site uses Akismet to reduce spam. Learn how your comment data is processed.